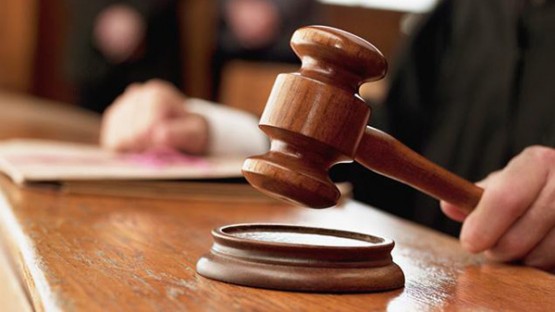 Immigration judges have wide leeway in deciding whether asylum seekers who appear before them are lying or not, and such rulings are nearly impossible to overturn. This is especially true at the United States Court of Appeals for the Fifth Circuit, which handles appeals from Louisiana immigration judges, some of whom deny asylum in more than 90 percent of cases. One of these judges presided over the case of “X”, a Cameroonian asylum seeker.

X testified that the Cameroonian army arrested him, accused him of helping Anglophone rebels, beat him and tortured him with electric batons. He submitted photos of his house, which the soldiers had burned down. He produced affidavits from family members, church members and friends describing his disappearance and the soldiers who came for him. Human rights reports have confirmed the violence.

On February 25, 2020, the immigration judge found his testimony not credible and issued a restraining order. The Board of Immigration Appeals (BIA) confirmed.

By the time Cornell Law School’s Asylum and Torture Convention Clinic became involved, US Customs and Immigration Enforcement (ICE) had transferred X to a for-profit prison that holds immigrants in Louisiana rural. X had fallen ill and his medical records showed that his blood pressure was dangerously high. Inmates around him were catching COVID; some were dying. The clinic, with the help of the Louisiana Advocates for Immigrants in Detention, filed a petition to have him released. On February 2, 2021, X was released from prison, free for the first time since he had set foot on American soil eighteen months earlier.

The team of Cornell law students who worked on the case – Rachel Skene and Emma Sprotbery, who are now in their third year, and Johannes Maronga, JD ’21 – decided to challenge the adverse findings in two parts. to the credibility of the immigration judge. First, they decided to reopen proceedings for X’s referral to the BIA based on new evidence – an affidavit and photos of X’s pastor showing that soldiers were still looking for him. And they asked for a review in the Fifth Circuit, with a motion to suspend X’s dismissal.

The students focused on what happened to X at trial. The immigration judge had found X’s testimony inconsistent because he had used the word “wrist” with a Pidgin English interpreter, and “arm” without an interpreter. Maronga, who is from Zimbabwe, confirmed that there is only one pidgin English word for the two, and it can be interpreted either way. Skene found a Pidgin English dictionary to prove it. The judge also found that X misidentified a photo attached to his siter’s affidavit. But the students noticed that the photo was in a separate exhibit, with a separate exhibit number, and described in the exhibit list as X had identified it. This photo was not attached to X’s sister’s affidavit at all, and X’s testimony was correct. The judge also faulted X’s sister’s affidavit for not discussing X’s injuries, but the students argued that she never saw X after he escaped from custody; his affidavit was limited to his personal knowledge and corroborated other parts of his testimony.

The opinion of the immigration judges was riddled with such errors, repeated over and over again. But the the students had an uphill battle. In the BIA, published decisions reversing findings adverse to credibility are rare. In the fifth circuit, they are almost non-existent. But on April 15, 2021, there was a silver lining: The Fifth Circuit stayed X’s removal. Decisions on stay motions largely hinge on how the court considers the underlying merits of the case. demand from asylum seekers, so that was a positive sign. And that relieved X of his worry that ICE might one day show up and put him on a flight to Cameroon.

Then, more good news: on February 3, 2022, the BIA reopened X’s removal proceedings, determined that X had established a prima facie asylum claim, and returned his case to the immigration court. It was a narrow two-to-one victory, with an immigration appeals judge dissenting. But X now has a second chance. He has two immigration appeal judges who think he’s telling the truth. He has three law students who believed him all the way to the fifth circuit. And the clinic will make sure he has a lawyer when he returns to immigration court.

The students were deeply touched by X’s case and stayed in close contact with him throughout the semester. Sprotbery continued to work with him thereafter and recently obtained a work permit for him. She described her experience with X and her case as follows:

“Immigration law demands resilience; defenders hope and work toward the best outcome but must prepare their clients for the worst. At first, X’s case seemed grim: a credibility case in the Fifth Circuit. But the “X’s indomitable spirit and unwavering faith that his claim would prevail inspired our team. Despite unspeakable violence from the Cameroonian government, he trusted that our government would provide refuge. One day, I hope our system of immigration deserves the faith of X – and his victory is, in my opinion, a tremendous step in the right direction.”