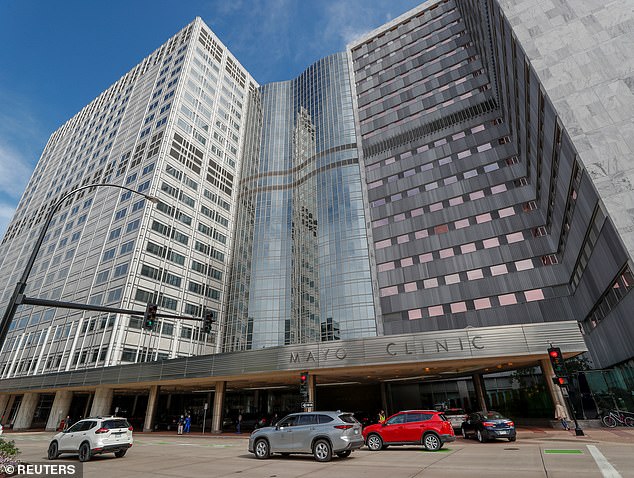 The prestigious Mayo Clinic laid off 700 employees who refused to comply with the hospital’s COVID-19 vaccine policy.

Workers had until Monday to get their first vaccine or get a medical or religious exemption from the health system’s vaccine mandate. The clinic, which is the largest employer in its home state of Minnesota, has reportedly granted the majority of exemption requests.

“While the Mayo Clinic is saddened to lose valuable employees, we must take all necessary steps to ensure the safety of our patients, staff, visitors and communities,” the clinic told the Star Tribune.

“If people released from their jobs choose to get the vaccine at a later date, they have the option to apply and return to the Mayo Clinic for future job offers.”

The Mayo Clinic, which first informed employees of the vaccination mandate last July, has come under heavy criticism over the vaccination requirement. Although primarily associated with Minnesota, where it was founded, the healthcare system also operates hospitals in Arizona, Florida, Iowa, and Wisconsin.

A group of 38 lawmakers sent a letter to the hospital last month listing several reasons why they should rescind the policy, arguing that “the heavy-duty, all-or-nothing policy does not match reputation or image that we know the Mayo Clinic to have ‘.

On Monday, after learning of the layoffs, Minnesota Representative Peggy Bennett – who orchestrated the December letter – slammed the policy, which the clinic said was established “on the basis of science and data.”

“We are in a precarious situation and we have to look at this in a reasonable, rational and common sense,” Bennett told KTTC. “Common sense tells me that if anyone can catch it and spread it, then why are we firing these employees? “

Representative Tina Liebling, however, applauded the policy, saying, “The Mayo Clinic makes these decisions based on their needs and I think that should be respected. I think Mayo should be able to make those decisions, it’s a private business. 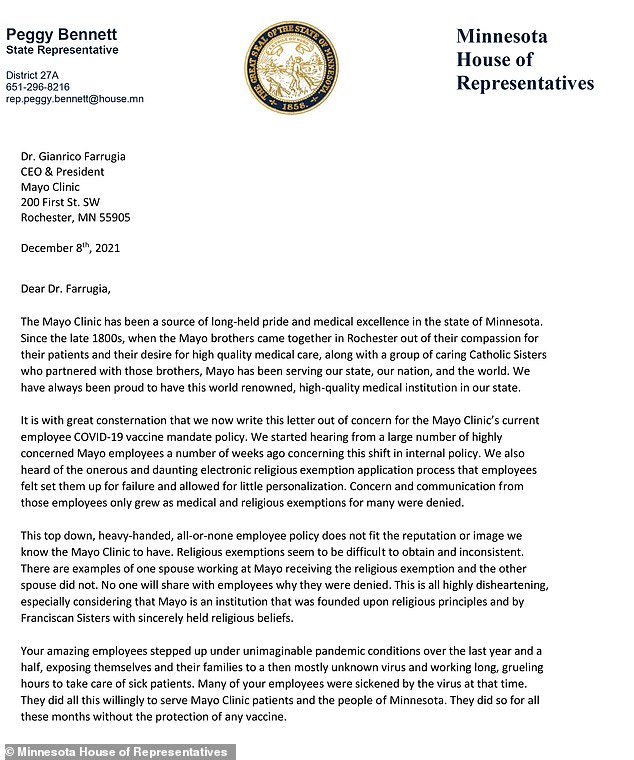 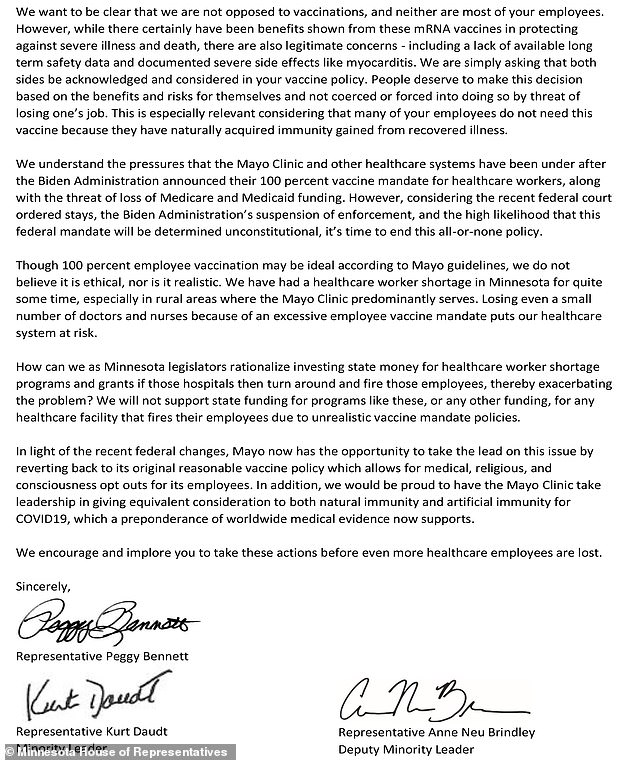 A group of 38 lawmakers sent a letter to the hospital last month listing several reasons why they should rescind the policy, arguing that “the heavy-duty, all-or-nothing policy does not match reputation or image that we know the Mayo Clinic for having ‘

The Mayo Clinic outlined its vaccination policy last year, saying it was essential to providing the safest environment in the hospital.

On Monday, the organization echoed their earlier sentiment and touted the benefits of getting the shot. 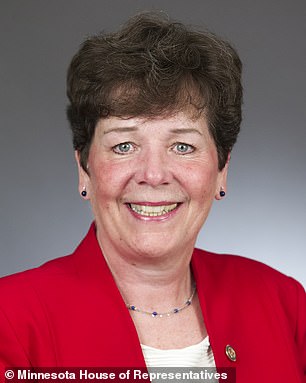 Minnesota Representative Peggy Bennett (pictured) – who orchestrated the December letter – criticized the policy, which the clinic said was developed “on the basis of science and data.”

“Based on the science and the data, it is clear that vaccination keeps people out of the hospital and saves lives,” the hospital said in a statement.

“This is true for everyone in our communities – and it is especially true for the many patients with severe or complex illnesses who see the Mayo Clinic every day.”

Almost 99% of staff across the Mayo Clinic have complied with the requirement, meaning they have either been vaccinated or received an exemption.

“This means that approximately 1% of the staff at all sites will be laid off as a result of the required vaccination program,” the clinic said.

“This is comparable to what other healthcare organizations have experienced in implementing similar vaccine requirement programs.”

Mayo Clinic LPN Kim Ristau, who spoke to the TV station, said that while she supports personal choice, she believes mandatory vaccines are the right choice. 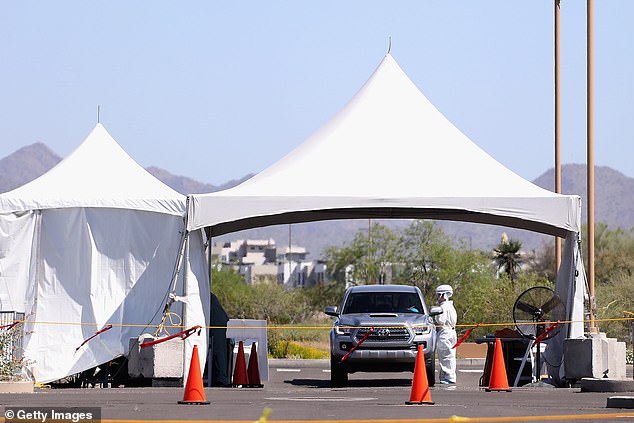 Health professionals prepare to test for COVID at a test site erected in a parking lot at the Mayo Clinic on April 02, 2020 in Phoenix, 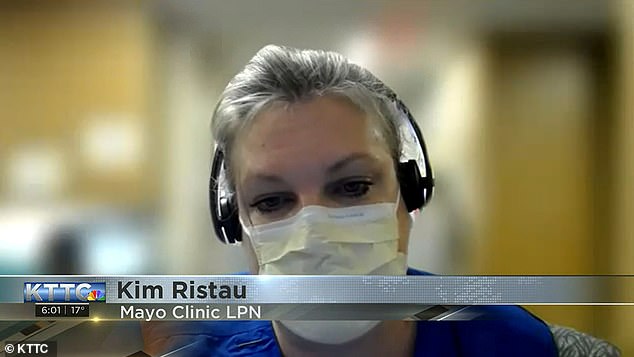 “I understand my whole body, my choice and I can respect it, but to work in the health sector you have to conform to it.”

The vaccination warrants have sparked controversy across the country as the Omicron variant continues to soar.

Last month, the Society for Human Resource Management revealed that a quarter of major U.S. employers – including Google, Microsoft, Amazon, Boeing, and several airlines, among others – demanded that workers be vaccinated against COVID.

The issue of tenure has been very polarizing, leading some employees to leave their organizations while others say the requirement makes them feel safe. 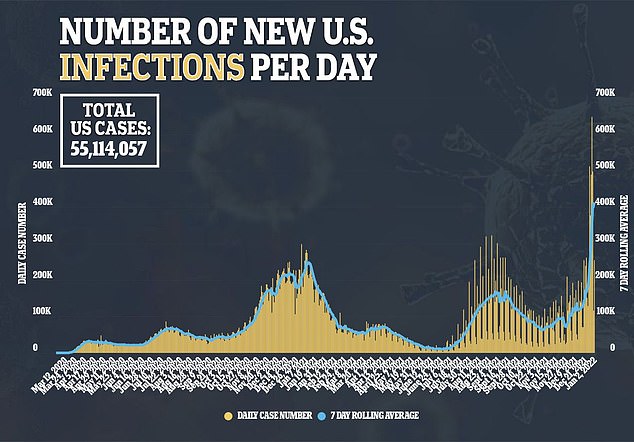 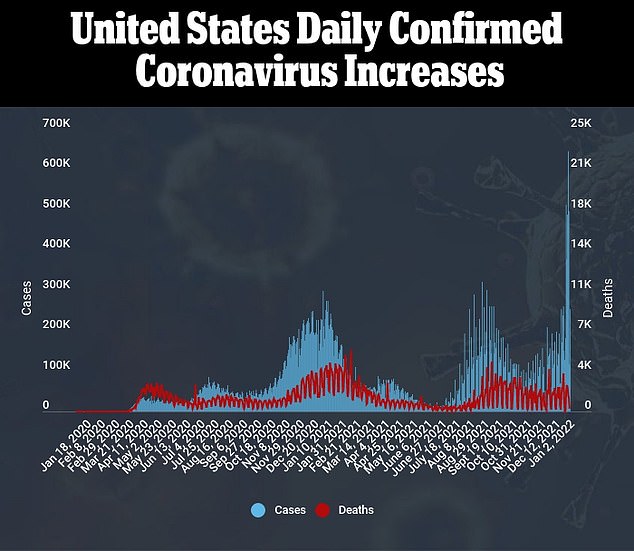 A record number of cases in the United States were reported on Monday, when 1,082,549 Americans tested positive for the virus 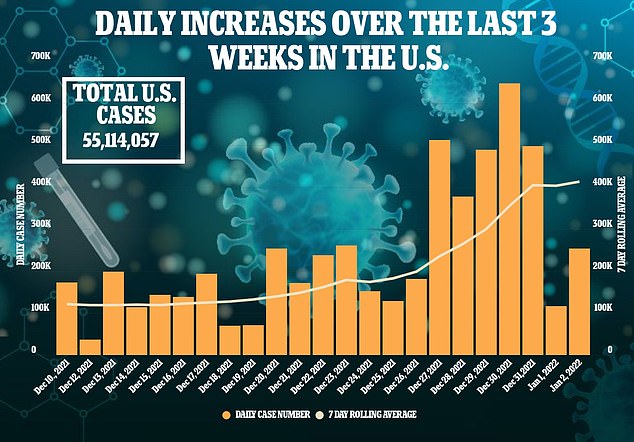 More than 56 million Americans have been infected since the start of the pandemic, which has killed more than 827,000 people nationwide

“Some employees may end up leaving because of a vaccination policy, while others may leave for safety reasons. Conversely, some employees may be attracted to an employer who imposes the vaccine as a sign that their personal values ​​are aligned with the organization, ”he added.

Monday’s number is almost double the previous record of around 590,000 set just four days ago in the United States, which itself was a doubling from the previous week.

Outside the United States, the highest number of cases recorded in a single day was in India, when more than 414,000 people were diagnosed on May 7, 2021.