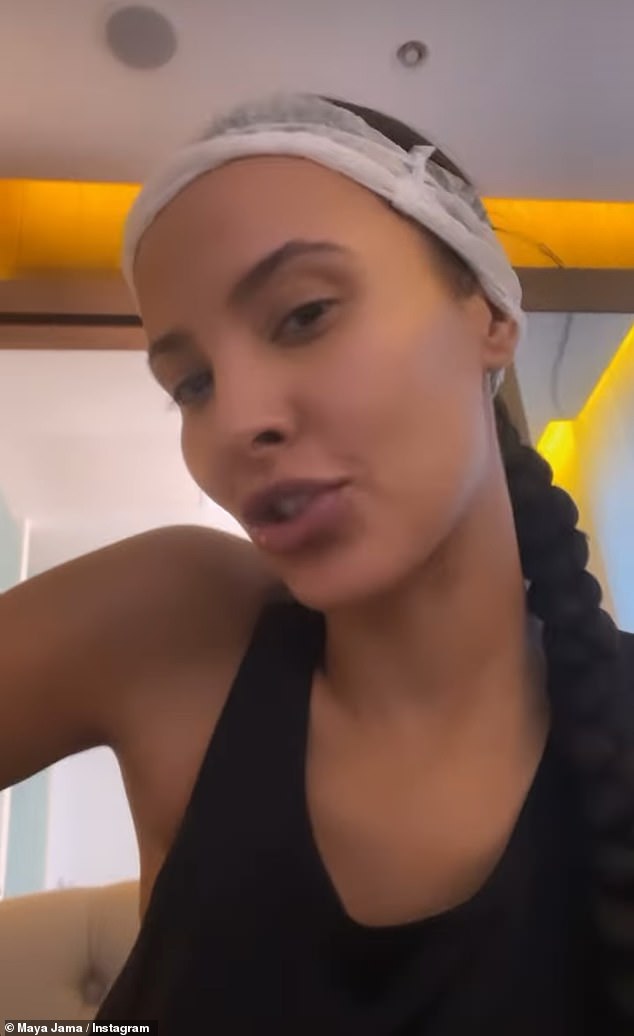 Maya Jama appeared to be in high spirits on Monday as she enjoyed 3pm cocktails at a luxury London clinic days after ITV axed her show, Walk The Line.

Sweeping away her disappointment, the newly engaged presenter, 27, took to her Instagram Stories to show an account of her “healthy day” which started with a trip to the gym.

The TV personality indulged in the much-needed daytime drink as she whipped up a storm for her personal trainer earlier in the afternoon.

Cheers: Maya Jama appeared to be in high spirits on Monday as she enjoyed 3pm cocktails at a luxury London clinic days after ITV axed her show, Walk The Line

Having fun with her grueling routine, the newly engaged presenter wore a black and gray Adidas tank top, a black sports bra that showed off her amazing toned upper body.

Staying comfortable for what appeared to be her first day of training back in quite some time, she opened up for a baggy gray tracksuit bottom.

In a playful mood, the brunette beauty showed off her martial arts skills by showing some serious flair using an Escrima stick.

Keeping it casual on the day, Maya kept her big black braid behind her shoulders as she performed for the camera while laughing and joking with her PT. 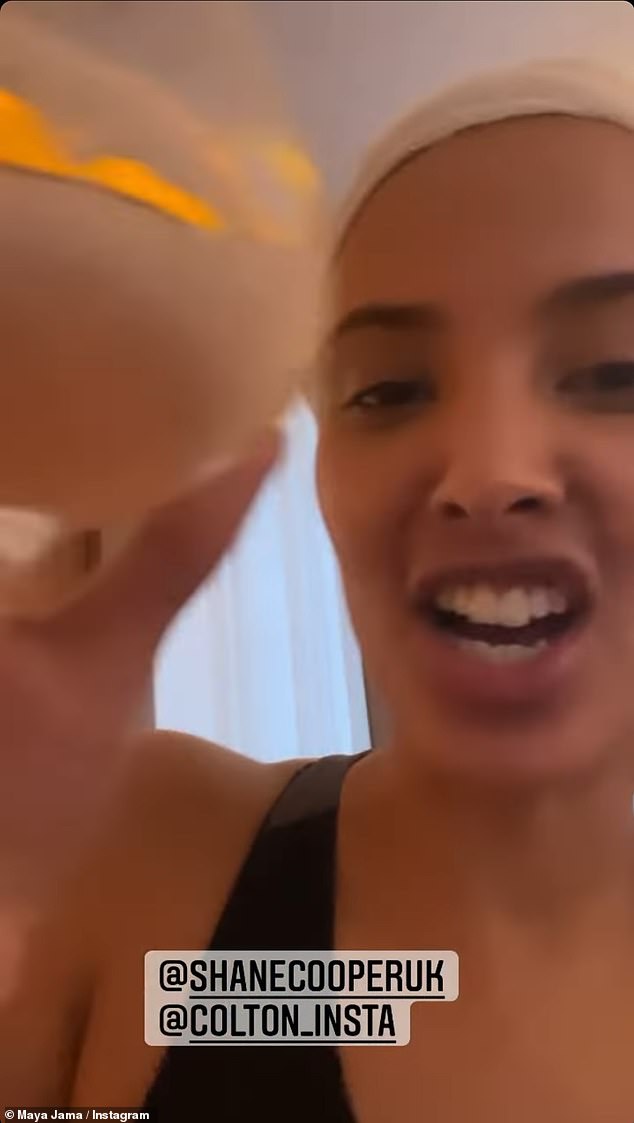 Reward: The TV personality indulged in the well-deserved daytime drink as she worked like a storm for her personal trainer earlier today 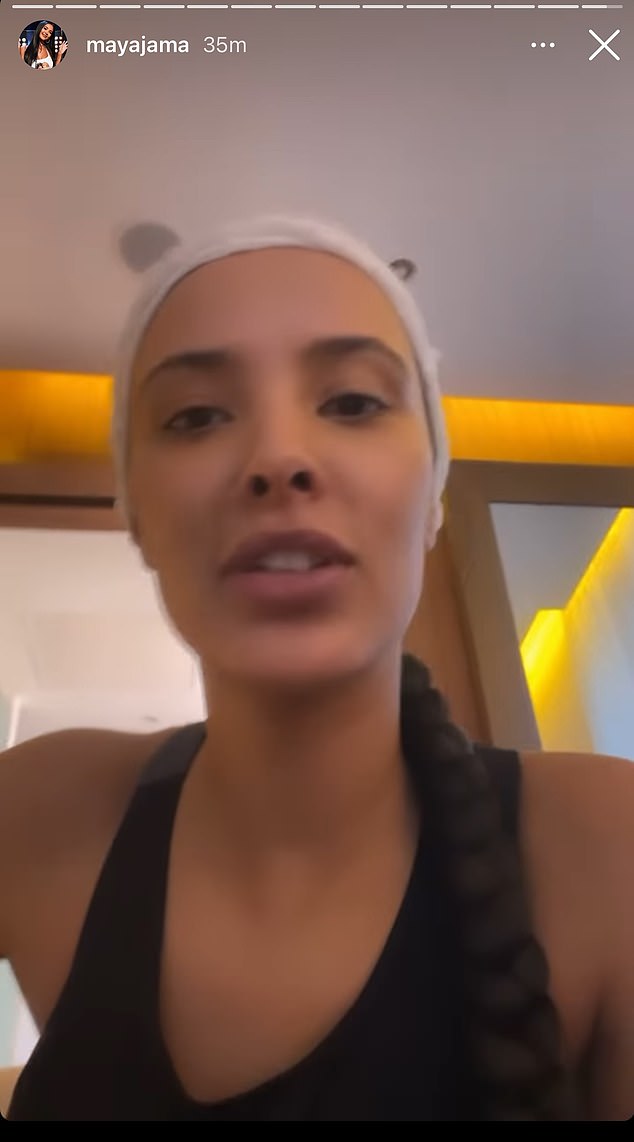 Relax: After her adrenaline-filled morning, the TV presenter went on to what was supposed to be a day of treatment at her friend Shane Cooper’s exclusive West London clinic 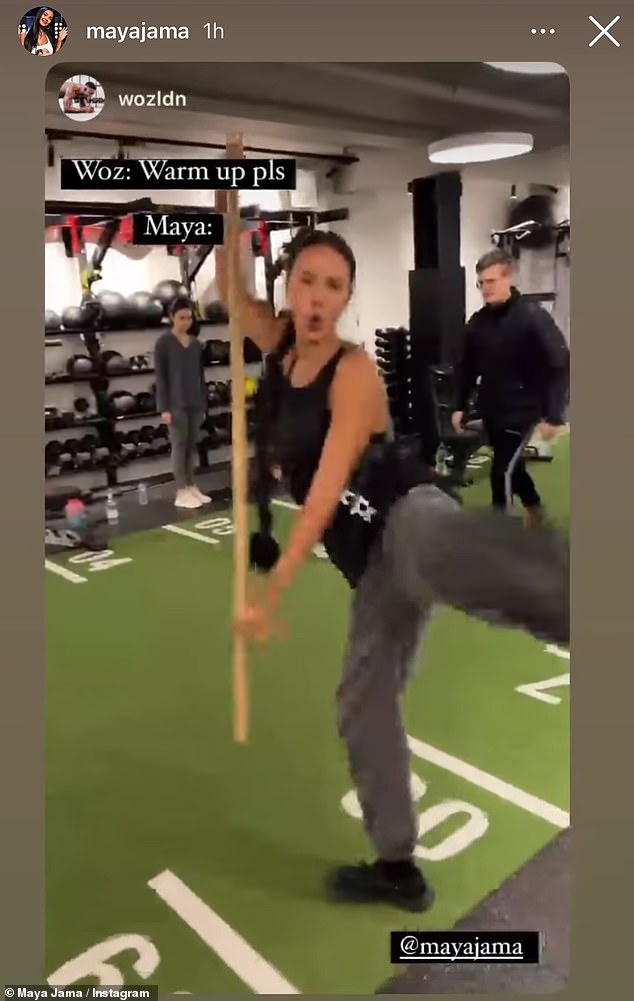 Fit and Fun: In a playful mood, the brunette beauty showed off her martial arts skills by showing off some serious flair using an Escrima stick. 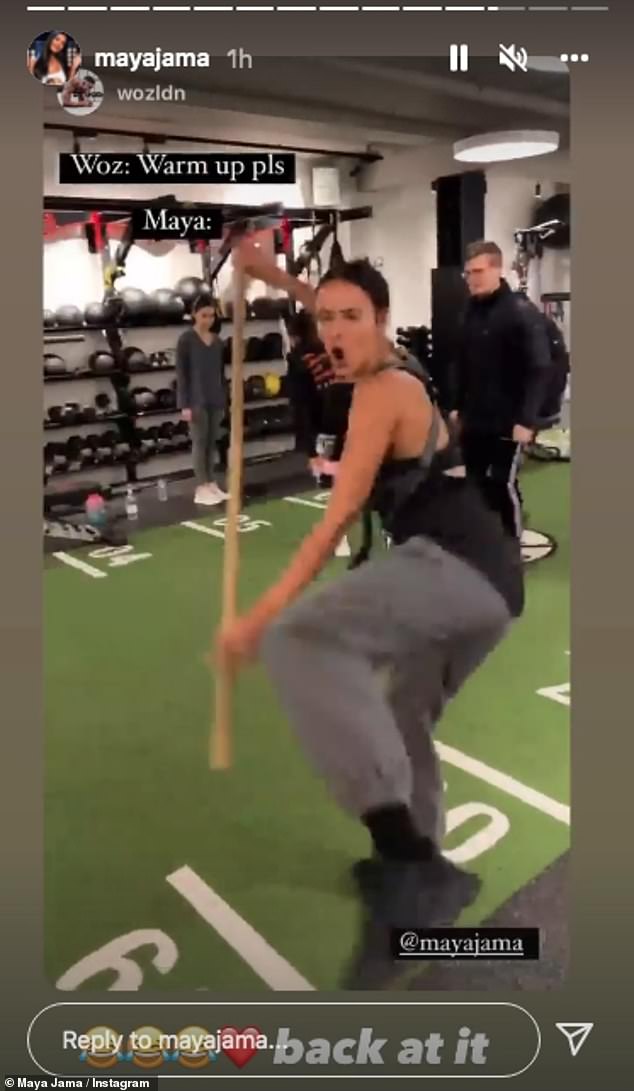 Comfortable: Keeping it casual during the day, Maya kept her big black braid behind her shoulders as she performed for the camera while laughing and joking with her PT

After her adrenaline-filled morning, the TV presenter continued what was supposed to be a day of pampering at her friend Shane’s house Cooper’s exclusive West London clinic.

However, the radio DJ took to her social media to reveal she was enjoying cocktails during the day, happily jokingly seeming she would be “blind at five”.

Determined not to let the recent deletion of her TV show dampen her spirits, Maya appeared to be in top form.

The Mail On Sunday has revealed that ITV has axed its show, Walk The Line, as its audience fell to 1.8million during its six-night run last month. 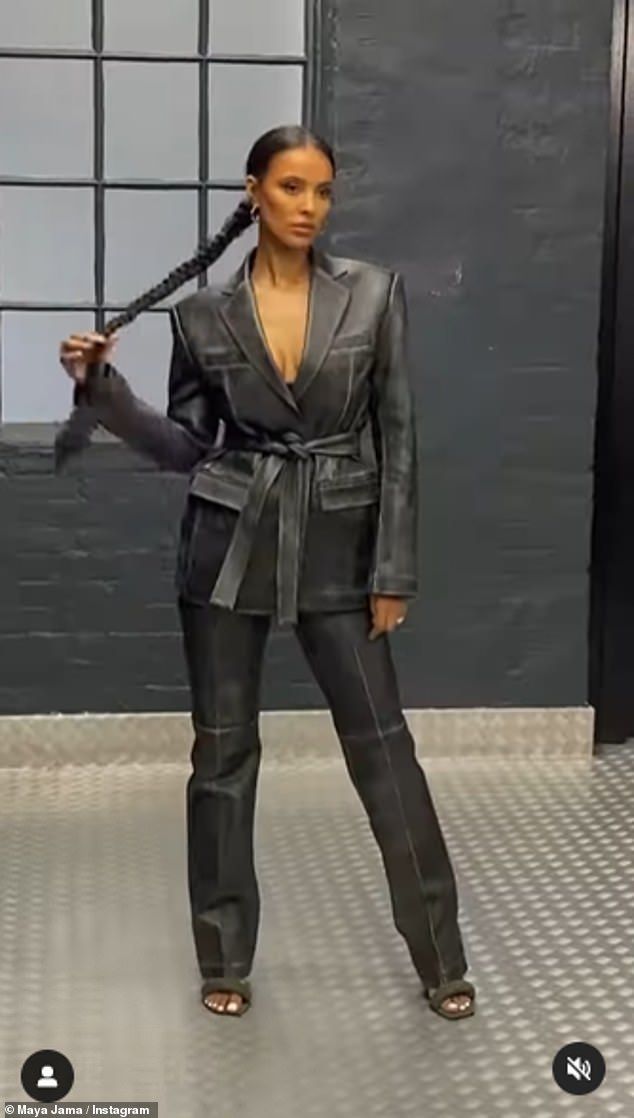 Hot stuff: Maya Jama turned up the heat as she put her modeling skills to good use in a Sunday Instagram video, after the Mail On Sunday revealed ITV had axed her show, Walk The Line

Creator Simon Cowell is unlikely to be surprised given disappointed execs decided to run the show throughout the week, rather than the coveted Saturday night slot it had dominated since Pop’s launch. Idol in 2001.

The 62-year-old – who had huge success with The X Factor, which ran for 15 series until 2018 – was reportedly so furious he decided not to serve on the jury and was replaced by Gary Barlow .

An insider said: “After The X Factor ended, Walk The Line was the show Simon hoped to save him from. Alas, it wasn’t, and it won’t be coming back.

The decision marks the end of an era when Cowell could practically name his award to television executives hungry for big ratings.

Earlier this month, Simon – who recently announced his engagement to longtime partner Lauren Silverman – liquidated his company, Syco Entertainment, and laid off his staff.

He had already shut down the music arm of his empire and was increasingly overshadowed by Ant McPartlin and Declan Donnelly.

Their latest show, Limitless Win, has attracted five million viewers and sources say the duo are producing two new formats which they hope to sell to ITV, although they won’t be performing there.

“They go from presenting to creating shows,” a source said.

“They’ve got some exciting tricks up their sleeves.”

However, Simon is currently filming the next series of Britain’s Got Talent for ITV, which is presented by Ant and Dec.

An ITV spokesperson said: “No decision has been made on the future of the series at this stage.”

At the end of the line: the judges, from left to right, Craig David, Alesha Dixon, Maya Jama, Dawn French and Gary Barlow