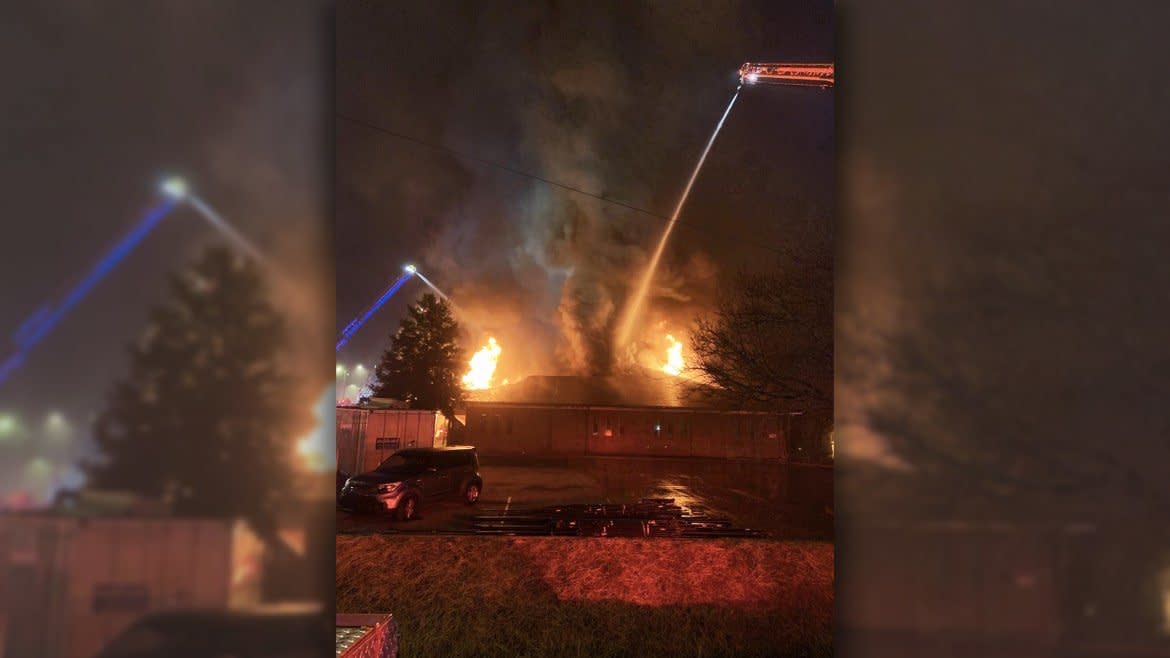 A Planned Parenthood clinic in Knoxville, Tennessee, is a “total loss” after a devastating fire broke out early on New Year’s Eve, according to local officials.

The clinic, which offers abortions, was burned down around 6:30 a.m., the Knoxville Fire Department said in a 9:30 a.m. statement.

“Upon arrival, the companies found a large, one-story commercial building that was fully involved in a fire through the roof,” the department statement said. “The crews first attacked the fire defensively from the outside. Currently, the fire is under control and should be declared extinguished soon. The building was being renovated at the time of the fire. The building is a total loss. The fire is currently under investigation. More information will be released as the investigation continues. “

No injuries were reported in the incident, the department said. The clinic, the East Knoxville Planned Parenthood, had been closed for renovations, the Knoxville WBIR reported. The location still offered telehealth appointments. Knoxville Police told the Daily Beast that arson investigators from the Fire Department were still in charge of the case as of Friday morning.

The Knoxville Fire Department could not safely enter the building until early afternoon, Deputy Chief Mark Wilbanks told the Daily Beast. Previously, the department had examined the interior via a drone, looking for a cause and origin of the fire.

“At the moment we don’t have a cause and we don’t have a lot of information pointing to an arson attack,” Wilbanks said, noting that the building was being repaired. Still, “due to the nature of the building, that this is a family planning, we look at all angles.”

The East Knoxville clinic was attacked earlier this year, when a gunman opened fire on its glass doors, smashing them. No one was arrested in the attack. The clinic also spent a year and a half in the sights of a religious group, “The Church At Planned Parenthood,” which regularly organizes protests outside the women’s health facility.

The catastrophic New Year’s Eve fire comes amid an all-out attack on abortion rights in the United States. And a conservative majority in the U.S. Supreme Court recently suggested that the Roe vs. Wade decision enshrining the right to abortion in America.

Tennessee also faces some of the country’s toughest anti-choice laws. Last year, Governor Bill Lee enacted a restrictive measure blocking abortion as early as six weeks, by which time many people are unaware they are pregnant. A judge quickly filed an injunction against the law, preventing it from coming into force, but Tennessee is appealing the decision to the U.S. 6th Circuit Court of Appeals. A similar Texas law, also challenged in the Supreme Court, threatens to take precedent-setting measures that would ban abortion after six weeks.

Knoxville fire officials said nine of their businesses responded to the blaze, but its advanced progress made it impossible for them to fight it inside the building. The service shared photos of the aftermath, which revealed a completely emptied clinic interior.

The heavy damage makes arson investigations more difficult, Wilbanks said. Due to the heavy fire load when the firefighters arrived, they had to spray the building with water, which stopped the fire but could also mask its causes.

“We used our ladder trucks to use a lot of water to put out the fire, which unfortunately makes it harder to explore the evidence,” he said, noting the building’s subsequent collapse. Investigators will have to sort the ruins by hand, he added. “Ideally you would go over there with backhoes and dig it up, but we’ll have to use hand shovels.”

Learn more about The Daily Beast.

Get our best stories delivered to your inbox every day. Register now!

Daily Beast Membership: Beast Inside digs deeper into the stories that interest you. Learn more.