A new plush skin and body clinic has opened in Blackburn town center after an £80,000 makeover,

Rosa B Aesthetics Skin and Body Clinic is based on King William Street, close to the former Apollo cinema.

The clinic, open to both men and women, offers everything from laser hair removal and skin treatments to cellulite reduction and fat dissolving.

The opening on Saturday June 4 was attended by the Mayor of Blackburn with Darwen, Cllr Suleman Khonat and special guests including Cllr Qaisar Mahmood and former head of council Mohammed Khan.

The building once housed the Originals clothing store and has undergone extensive renovations both inside and out.

Zak Chaudhry, owner of the clinic alongside his wife, said: “We are delighted to be opening in this area of ​​Blackburn which is undergoing major change and redevelopment.

“We already have a clinic in London and rather than traveling to the cities we were thinking of bringing our services to Blackburn. There is nothing else like it in the area.

“Work on the building began in February and the clinic is based on two floors.”

The clinic offers a range of services including 3D fat reduction treatment which involves “freezing fat cells in a specific area of ​​the body, ultrasonic inch loss and radio frequency skin tightening for the face and the body”. 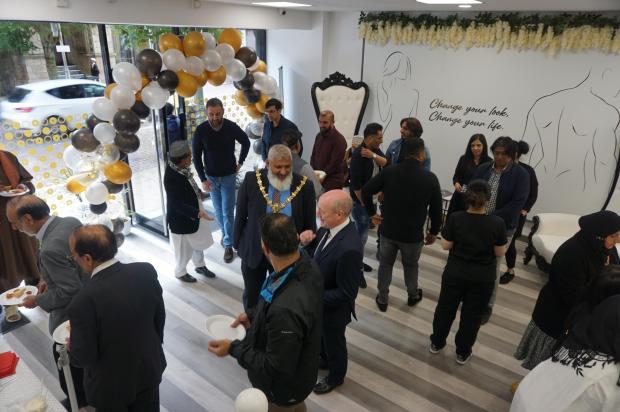 Zak said: “We have found that there is nowhere else that offers health and wellness services under one roof, we have new medical grade machines on order for our clinic to offer new treatments.

“We will be offering new holistic therapies such as cupping, acupuncture and specialized body rejuvenation for everyone in the coming months.”

King William Street has seen a number of new businesses launch over the past year. Most notably, the chic £250,000 Café Impresso located in the former Royal Bank of Scotland.