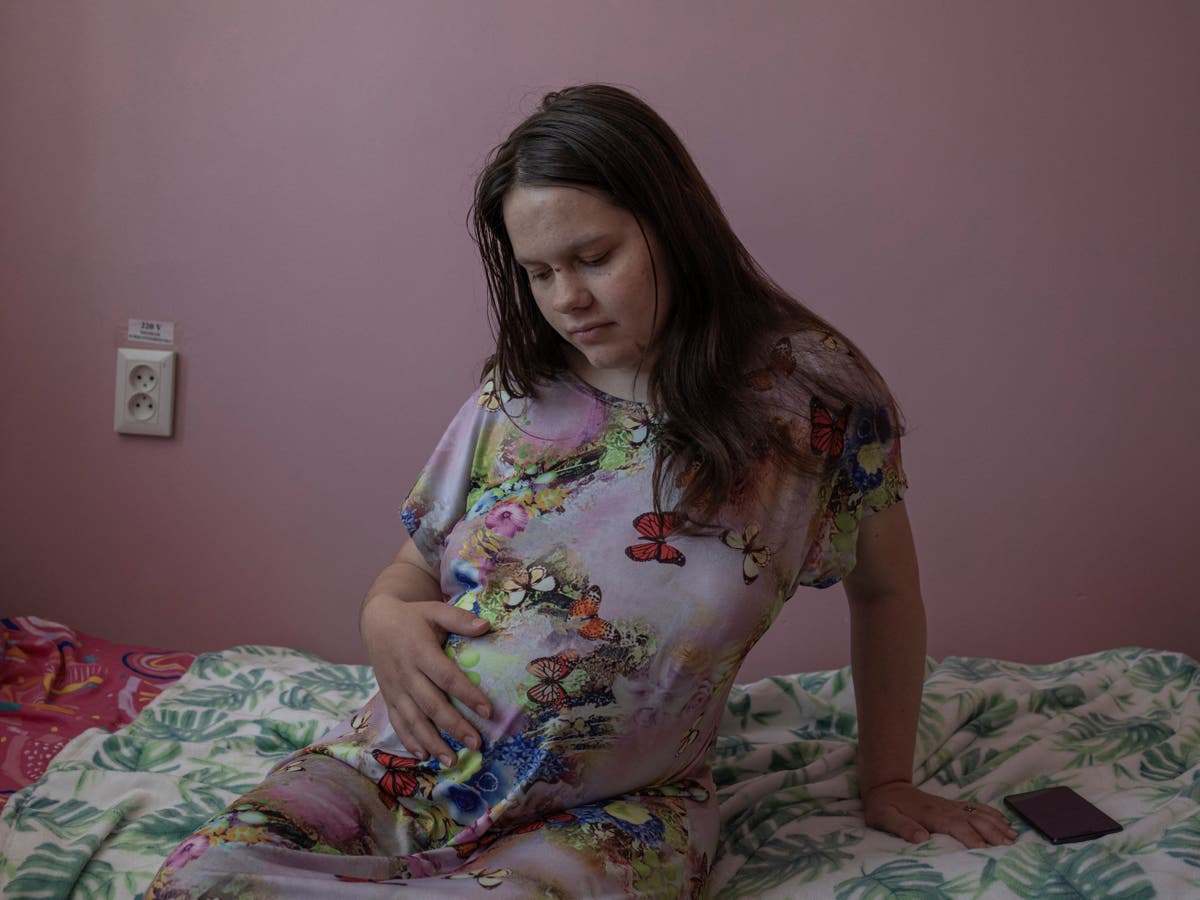 In the last specialized maternity hospital still under Ukrainian control in the eastern region of Donbass, the windows are filled with sandbags.

Rooms used for births at the Pokrovsk City Perinatal Center follow the two-wall rule, which states that the safest parts of a building are separated from the outside by at least two walls.

“Sometimes we had to give birth during the shelling,” said Dr Ivan Tsyganok, director of the centre. “Work is a process that cannot be stopped.”

The center, about 25 miles from the front line, provides insight into the suffering that war inflicts on pregnant women – their anxiety about where they can give birth, fear about whether the hospital will be attacked and what which doctors have observed to be an increased rate of early labor.

Tsyganok fears the stress of living under Russian attacks has led to an increase in premature births, a fear confirmed by initial data from the center, shared with Reuters and observed elsewhere in conflict zones.

Russia denies targeting civilians, but many Ukrainian towns and villages have been left in ruins as Europe’s biggest conflict since World War II nears the five-month mark.

Katya Buravtsova’s second child, Illiusha, was among those born early, giving birth at just 28 weeks. He would have had “no chance” of survival without the centre, Tsyganok said.

But thanks to an incubator and the care he received at the clinic, he is now doing well.

“We looked after him around the clock,” said Tsyganok, wearing teal scrubs and Crocs.

Comforting her baby son, Buravtsova said she did not know how she was going to give birth because her village, near the front town of Kurakhove, had been shelled.

“You could be forced to give birth in a cellar,” she said.

In 2021, about 12% of just over 1,000 babies born at the center were born before 37 weeks of pregnancy, according to data Tsyganok shared with Reuters. That rate — compared to a Ukrainian average of around 9%, according to the World Health Organization — was typical of previous years in the center, he said.

Since the invasion, 19 out of 115 babies born in the hospital were premature, a rate of about 16.5 percent, he said. The total number of births was low because many women had fled, he added.

Tsyganok established the center in 2015, a year after Russian proxies seized large swaths of the Donetsk and Luhansk regions, which make up Donbass. Nearby Donetsk, the region’s largest city and home to a large maternity hospital, fell under the control of the self-proclaimed Donetsk People’s Republic in 2014.

Doctors at the new center have anecdotally observed that the simmering conflict, which will kill more than 14,000 people between 2014 and 2022, is impacting pregnancies.

In 2017, an obstetrician-gynecologist at the center, Olesia Kushnarenko, set out to prove this by conducting research for a doctoral thesis on how wartime stress in pregnant women affects the placenta.

Her study followed 69 otherwise healthy women, who lived near combat and were rated as having high levels of stress, throughout their pregnancies.

More than half of the women had fetoplacental dysfunction — when enough oxygen and nutrients are not transferred to the fetus — Kushnarenko said, a rate four times higher than that seen in a control group of 38 women.

Now in Spain with her two children, she predicts the current conflict will have an even greater impact on pregnancies.

“This war is much hotter than before. It is very dangerous everywhere in Ukraine,” she said.

Tsyganok says sandbags on the windows won’t save the clinic and its patients in the event of a direct hit, such as that at a hospital in Mariupol in March.

There, at least three people died when a Russian missile hit the hospital, sending pregnant women, some injured by shrapnel, fleeing in hospital gowns, according to Ukrainian authorities and press pictures.

The Russian Defense Ministry denied bombing the hospital and accused Ukraine of masterminding the incident.

With the disappearance of the Mariupol center and the closure of another near Kramatorsk, the Pokrovsk facility now serves the remaining population of the Ukrainian-controlled Donetsk region, around 340,000 people, according to the regional governor .

Among those present at the Pokrovsk center was Viktoriya Sokolovska, who was expecting a baby girl.

“The shooting gets on my nerves,” she said late last month, when she was 36 weeks pregnant and doing her best to stay calm. She feared that “all the nervousness would pass to the baby”.

She has since given birth to a healthy daughter, Emilia.