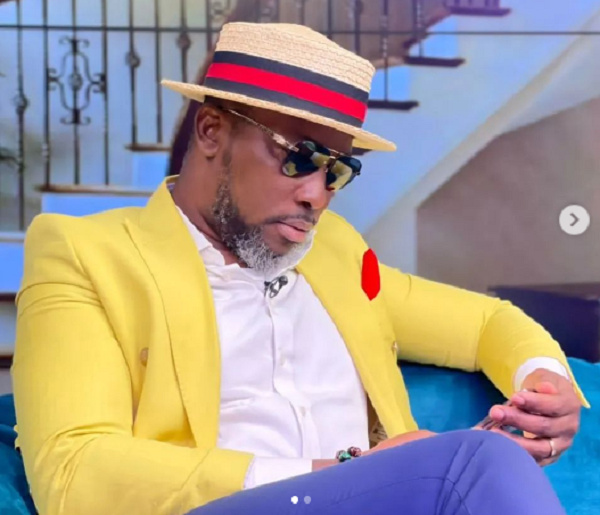 Kwame Asare Obeng popularly known as A Plus

Popular social commentator, Kwame A Plus, recounted a case where a UK-based eye center highly recommended and praised him for Korle Bu Eye Clinic.

Recounting the encounter, A Plus said he went to the overseas hospital for emergency eye treatment and their services were completely out of this world.

According to him, after the hospital managed to save his eye problem which almost turned blindness, he started wondering where he could find another such facility to manage and review his condition.

A Plus couldn’t help but ponder such thoughts as he said his flight back to Ghana was scheduled in the next few days.

He said that was when the doctors at the foreign hospital, without hesitation, recommended Korle Bu Eye Clinic to him.

Kwame A Plus said; “One of them said, it’s like here. They have everything and the doctors there are good.

In a lengthy Facebook post on October 29, 2022, A Plus shared the full story of how they met while praising the Ghana-based eye center.

“I was told that normal eye pressure was between 10 and 21, but mine was 41. According to the doctors, if I was not rushed there, there was a strong possibility that I would suffer a stroke (never heard of this before) where the nerves in my eye will become “anything that would lead to blindness”. I was told that more tests will need to be done to decide if I should have surgery or laser treatment. After a series of tests, I was given medicine and told to come back the next day. Thank goodness my eye pressure was back to normal (10) the next day.

“I was told that I responded well to the treatment and did not need surgery or fatigue at the moment. However, they have to monitor my progress for 3 months. This is where it gets interesting They asked when I was coming back to Ghana and I told them that I was leaving in a few days To my surprise they told me that when I get to Ghana I should go to the eye clinic in Korle Bu. The doctors in London said it was a very good eye center. One of them said it’s like here. They have everything and the doctors there are good. Korle Bu Eye Clinic to everyone!! You have gone international as a Kwaku killer. Korle Bu Eye Clinic, I salute you,” parts of the post read.

He did, however, take the opportunity to encourage people not to slack off by offering the best of service or offering an act of kindness to others.

“Today I want you to remember that no service you render or act of kindness you provide to humanity will ever go to waste. Just keep doing as much good as you can, at as much time you can, on as many occasions as you can and for as long as you can, then your soul will be a magnet that will draw all the good things this life has to offer, to you.”

Read the message below: