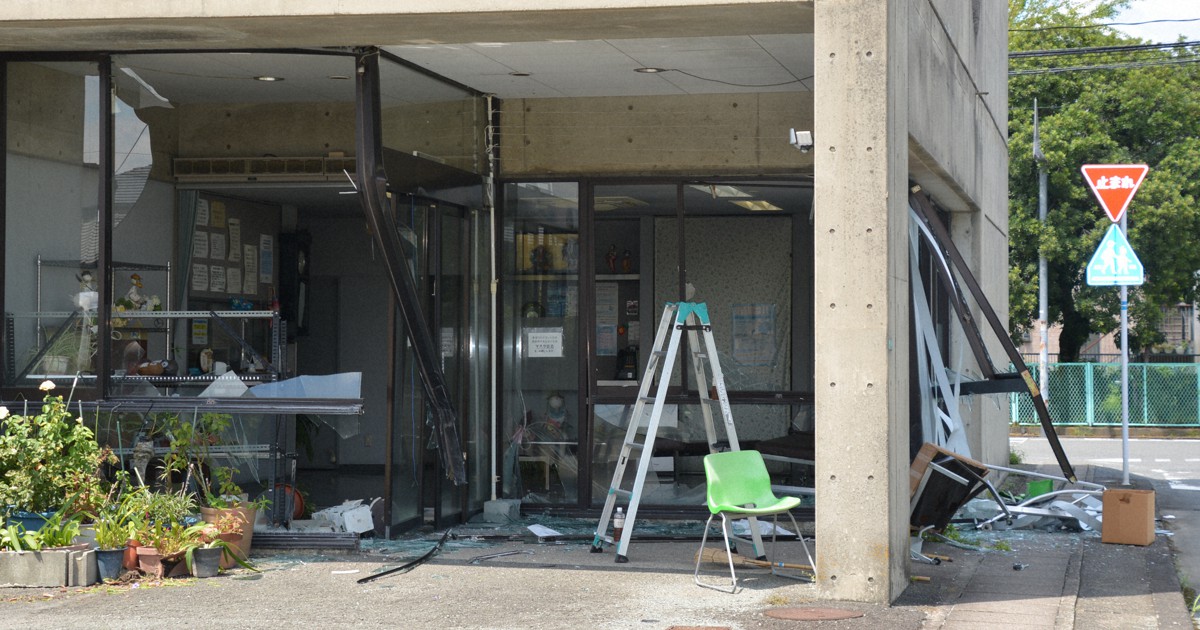 FUKUOKA — A car crashed at an orthopedic surgery clinic in Kurume, Fukuoka Prefecture on Aug. 18, apparently after the elderly driver mistook the accelerator for the brake, police said.

A clinic staff member made an emergency call around 10:20 a.m. to report that a car had crashed into the building.

According to the Kurume Police Station and a source linked to the clinic, the car, driven by a 77-year-old man, slammed into the glass entrance to the first floor waiting room from the parking lot on the south side before swerving. meet on a road to the east.

The man allegedly told police he was “pressing the accelerator too hard” and the police station suspects he may have confused the brake and accelerator pedals.

There were three people in the waiting room of the reinforced concrete building at the time of the accident, and a 63-year-old man was slightly injured in the left hand by shards of glass.

The driver and his wife in the passenger seat, who had gone to see a doctor at the clinic, were not injured.