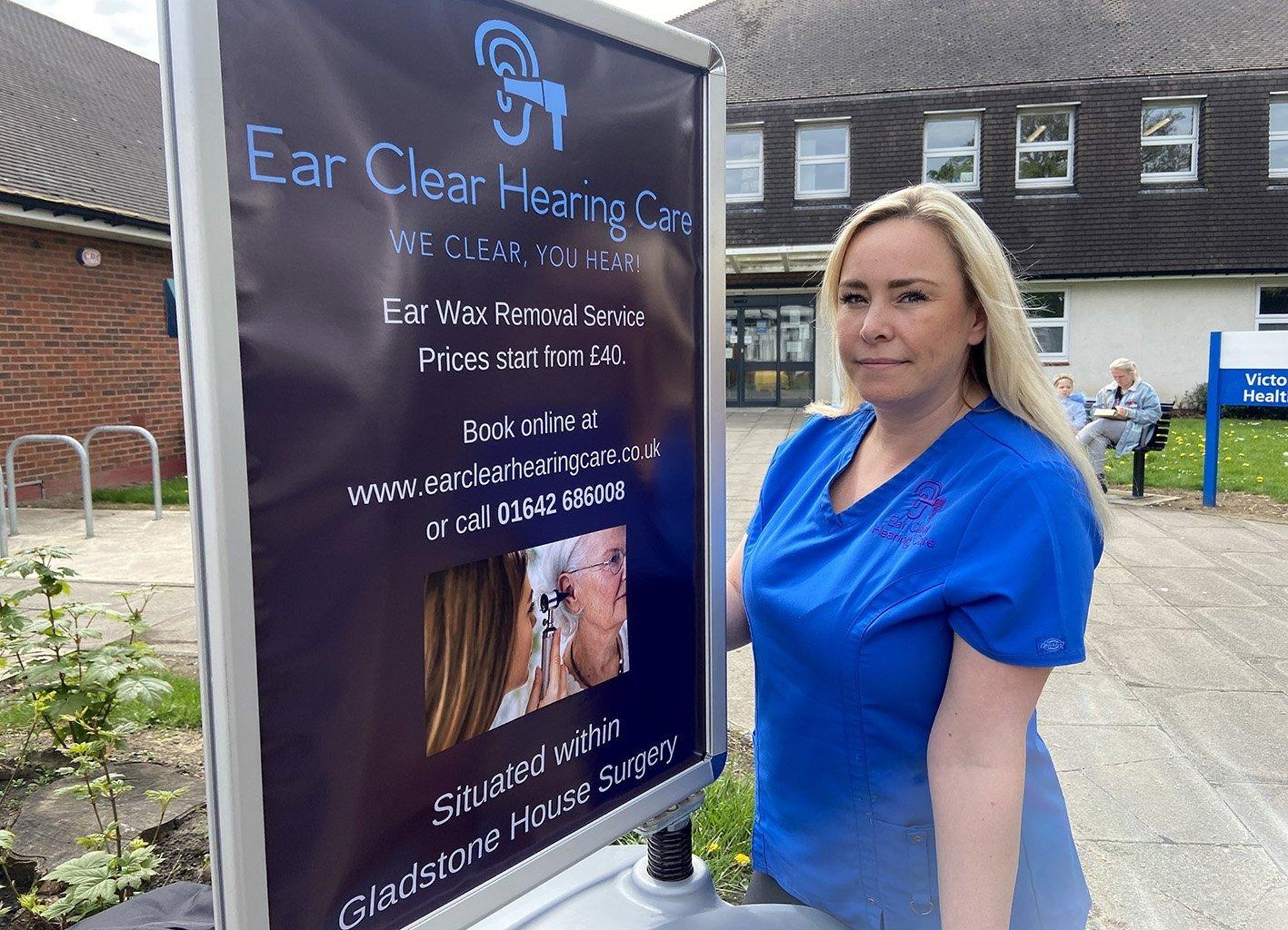 Ear Clear Hearing Care Limited has been operating every Tuesday and Thursday since April 14 from surgery in Gladstone House, Victoria Medical Center and it is hoped it will expand as demand increases.

It offers earwax removal, as well as the creation of ear molds for hearing protection for reasons such as swimming, motor sports, shooting, industry or for musicians.

Owner Katherine Hannaway, 38, said the response from townspeople has been positive, with many patients contacting them to congratulate them on the new clinic.

Register to our daily newsletter

“It’s busy. We’re doing two days right now, we want to increase that as we see demand increase and hopefully try to get a few more surgeries dotted around,” she said.

“We had a positive response from locals.”

The business was started by Katherine and her husband, Anthony Hannaway, 45, in 2018 after Katherine was fired from Boots Hearing care because she was no longer going to offer the service.

Katherine, who has a degree in audiology and more than nine years of experience in the field, initially did home visits before getting her first clinic in Middlesbrough.

Since then, the service has grown from just seven appointments in its first month to more than a hundred each month now, and has two full-time clinics in Middlesbrough, as well as the new one in Hartlepool.

Katherine said she was “extremely proud” of the expansion, which has grown 300% year-over-year.

“We had no funding, no loans, nothing. We literally did it from scratch. We did everything ourselves. We had no help.

“Absolutely, immensely proud of what we’ve accomplished. I never in a million years thought it would be so successful,” Katherine said.

There are currently four permanent members of staff, and up to four more will be recruited for the Hartlepool clinic.

Katherine, from Middlesbrough, added: “Hopefully there will be more expansion across the region over the next year and we will have more staff.”