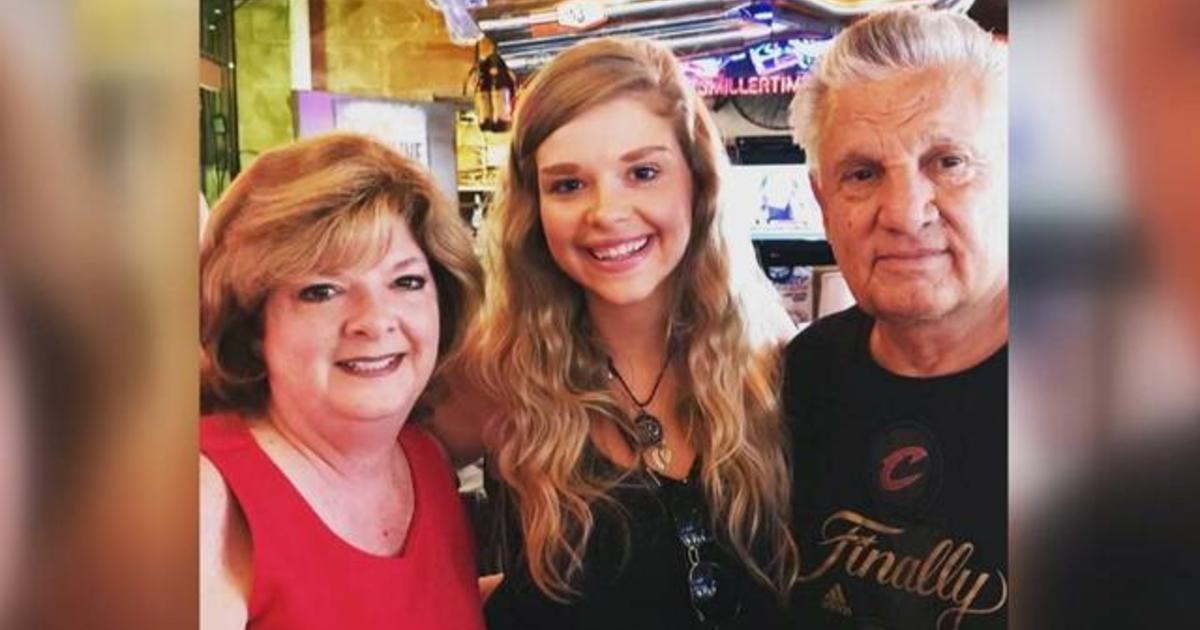 An Ohio couple have filed a lawsuit against a fertility clinic and a doctor after claiming that a mixture of sperm caused their daughter to be biologically unrelated to the man who raised her.

Mike and Jeanine Harvey went to a fertility clinic at Akron City Hospital in 1991 to get help getting pregnant. The couple said Dr Nicholas Spirtos performed intrauterine insemination – injecting Mike’s sperm directly into Jeanine’s womb to increase the chances of pregnancy.

The couple soon became pregnant and their daughter Jessica was born. Jessica told CBS News consumer survey correspondent Anna Werner that she grew up proud of her Italian heritage, especially on her father’s side.

“All my life I’ve always been so passionate, so proud of my heritage on both sides of where I come from, how my ancestors got here, what makes me today,” said Jessica.

She planned to celebrate her 30th birthday in Italy. To help track down relatives there, she took an Ancestry DNA test in December 2020 – and soon got the shock of her life.

She says the test showed no connection to her father, and another LabCorp test confirmed there was a 0% chance she was related to her father. The news shocked his family.

“I’m like, wait a minute, I carried a complete stranger’s child, you know, for nine months, and who in the world does this other half of this child belong to?” Jeanine said.

The couple are suing Dr. Nicholas Spirtos and Summa Health System, claiming Spirtos injected sperm from another man, who the complaint says he and his wife were undergoing fertility treatments “with the same doctor,” “at the same time.” time” than the Harveys.

“It shouldn’t be that the fertility clinic transferred a stranger’s sperm into Ms. Harvey’s body,” family attorney Adam Wolf said. “It’s not OK. It’s not OK under the law. It’s not OK in the sense of medical ethics. And it should never happen.”

Dr. Spirtos did not respond to our requests for comment. A Summa Health System spokesperson said in a statement: “We take this allegation seriously and understand the impact this has on the family. At this stage, we have not met with the family or carried out our own testing.”

In its statement, Summa Health System also said it had “very limited information” and “given the time that has passed, we still hope that the attorneys representing the family will work with us to make this next stage a priority” – in reference to meeting with the family and carrying out one’s own series of tests.

Professor Dov Fox, who directs the Center for Health Law, Policy, and Bioethics at the University of San Diego, said such cases can be difficult to win in court.

“Courts tend to say something like you wanted a child, you had a child, even a healthy child. So what are you complaining about? What are you worse off than you would have been otherwise?” said Fox.

He said 24 states have banned prosecuting so-called “wrongful births.” Fox believes there should be a way for parents to sue for issues with procedures like fertility treatments, even if a healthy child is born. The Harveys said they want changes in the regulation of the fertility industry.

“It’s almost a gamble, and you shouldn’t gamble when you’re creating a life for a human being,” Jessica said.

Jessica spoke to her biological father. She said he told her he was happy to hear he had a child, telling her he had gone his whole life without having children, and now he told her , he has a daughter.
—