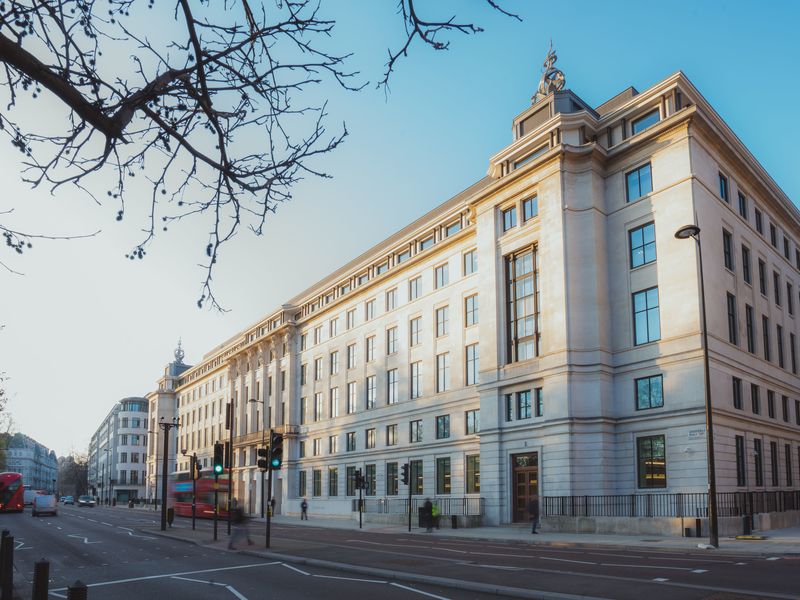 The clinic’s global efforts date back to the signing in 2006 of an agreement with Mubadala Investment Company to provide care in Abu Dhabi.

And a few years later, the clinic launched a new structured platform, Cleveland Clinic Connected, designed to connect members to Cleveland Clinic’s business experts in a collaborative way. The program aims to help the clinic serve more people through virtual health, while supporting the delivery of local care for those in need at member facilities.

Luye Medical Group became the first – and to date only – member of Cleveland Clinic Connected. The two are collaborating on the development of Shanghai Luye Lilan Hospital into Shanghai New Hong Qiao International Medical Center.

The hospital, which will be owned and operated by Luye Medical Group, is under construction and is expected to open in 2026.

Cleveland Clinic Connected is focused on supporting quality, safety and experience initiatives. Member physicians can connect with clinical experts at the Cleveland Clinic for physician-to-physician consultations, and member facilities can access the Clinic’s expert advisory services, education, and training.

The program is just one model through which the Clinic offers its expertise to international partners. In 2021, the system formed a strategic advisory board with a tertiary healthcare facility in the Bahamas. Through a two-year agreement, Doctors Hospital Health System and the clinic aim to improve and expand healthcare delivery in the Bahamas.

Campanella points to a number of factors to consider, including declining hospital patient trends and market uncertainty and financial challenges in the US healthcare system, such as risk arrangements and the abandonment of fee-for-service.

“The more financial difficulty you have in the United States, the less risk you want to take when doing something globally,” he said.

In the mix of different clinic models, the system ultimately decides how to enter a market — whether international or not — based on an analysis of that community’s needs, Suri said.

“Just as there are different models of patient service between Cleveland, Lakewood, Bay Village, Akron, Florida and in different parts of the United States – each community has specific needs – there are also differences in needs between populations at globally,” says Suri.

Cleveland Clinic London draws on lessons from the clinic’s other sites in the United States and abroad, said Donley, who has worked with the system since 1996. A key lesson in Abu Dhabi in particular was the importance of build a search infrastructure from the very Start.

He also noted the importance of investing in education early on, citing partnerships already in place in London with universities to train fellows, medical students and nurses.

“I think having Dr (Tom) Mihaljevic as CEO is probably the best example of how we learned from Abu Dhabi to build London,” Donley said.

Mihaljevic, who oversees the system’s global strategy, served as CEO of Cleveland Clinic Abu Dhabi before becoming president and CEO of the entire health system.

The past two years in particular have taken a lot of shared learning and ultimately strengthened the system’s existing relationships around the world, Suri said. In many ways, this means the system will emerge from the pandemic with “a stronger two-way partnership” in all of its locations around the world.

“And the one thing that’s come out is that the demand for high-quality health care continues to grow,” Donley said. “And so we are confident that the demand for the Cleveland Clinic model of care will continue to be there. And we look forward to meeting those needs across all of our areas, and now including in London.”