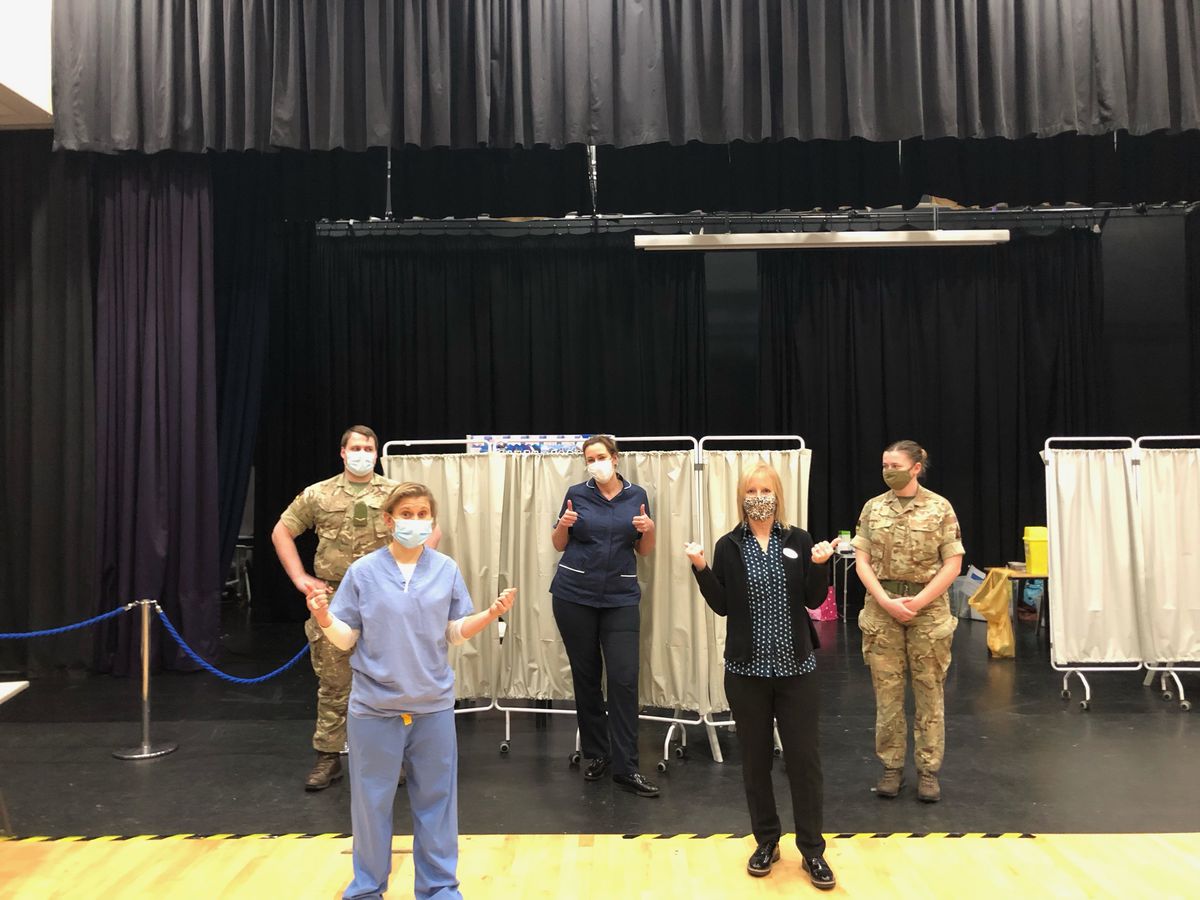 Three members of the armed forces joined the regular vaccination team from Much Wenlock and Cressage Medical Practice for the sessions which took place on the Monday and Tuesday before Christmas.

They were part of a mass effort across Shropshire and the rest of the UK to provide booster shots amid concerns over the Omicron variant of Covid.

Dr Jess Harvey, a general practitioner at the medical office, said support from the military made a significant difference in keeping the surgery running on a daily basis.

She said: “We brought in three of them to help, which is really good because it means our administrative staff can continue to work in the office, so there is minimal effect for our patients.”

She also praised cabinet staff for the way they had worked to organize the booster sessions on short notice after the government announcement – and had done well throughout the past year.

“When we found out on Sunday night with the Prime Minister’s announcement, we found out at 8 p.m. and 12 hours later, we sat in a meeting with all the other GPs across the country trying to determine how we were going to do it and in a few hours, we had figured out how to do up to 2,000 vaccinations in our single practice. ”

She added: “I am full of admiration for my colleagues. It has been an incredibly long year – we basically vaccinated for 12 months against Covid and the flu.

“I am incredibly lucky to be working with such a wonderful group of very dedicated people and as soon as we said ‘we have to do this’ they stepped up and I am very proud of them and what they have accomplished throughout. throughout the pandemic. “

A Southampton man broke into the Avenue Clinic in Bedford Place

A prolific burglar with a screwdriver has broken into the Avenue Clinic in Bedford Place,…